NY2C showcases archived and real-time video content featuring people, places and happenings in New York City: the world's leading tourist center. It is designed for residents of the area, as well as visitors interested in visiting or returning to "The Big Apple".

NY2C's production teams have produced an expanding roster of programming consisting of more than 700 hours of video material, largely dedicated to its flagship show "What's Up New York." The platform is continuing to expand into live event production and other aspects of digital media. We are a fun and driven company who wants motivated people who are interested in potentially growing with us. The producer and head of the company is Hollywood producer Frank Lieberman, and we have experienced mentors for each of our departments. 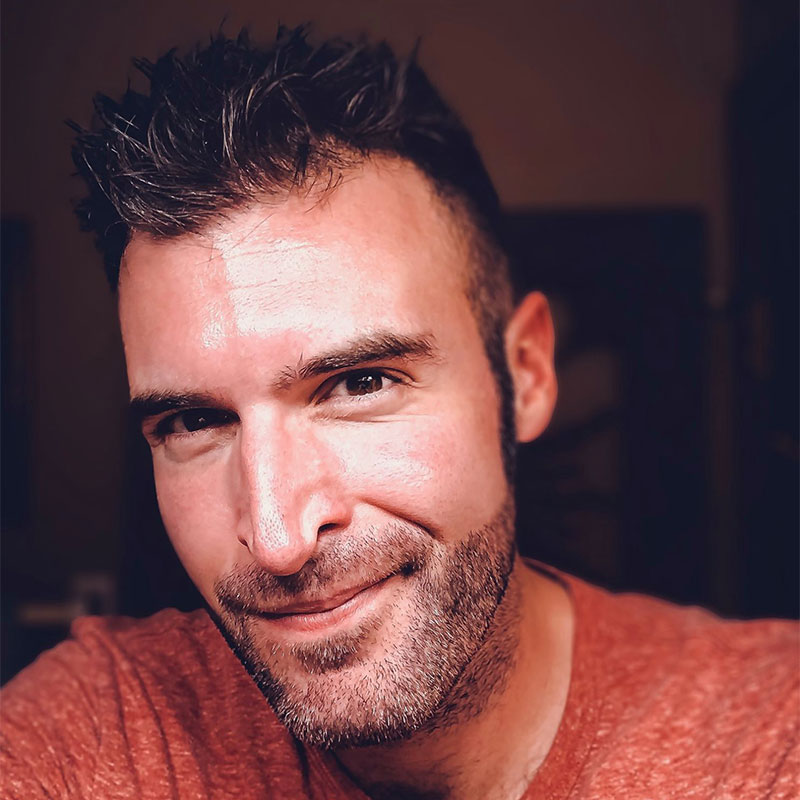 Joel’s expertise is in the areas of Multimedia Design & Development, Graphic Design & Print, Server Side Development, Database Architecture. He is responsible for the rapid role out of website extensions, content, search engine optimization, analytics platforms, and other general website administrative activities for NY2C.com and NY2CNOW.com.

During the pandemic, NY2C added hundreds of 4K quality content – including, vignettes and New York City trivia – that tells stories of the nation’s largest city, its people, and the local businesses that are essential to communities. Read More

During the pandemic, NY2C added hundreds of 4K quality content – including, vignettes and New York City trivia – that tells stories of the nation’s largest city, its people, and the local businesses that are essential to communities.

NEW YORK CITY – New York is back, but this content platform never left even during the worst of the COVID-19 pandemic

NY2C tells the story of New York through entertaining videos. It’s flagship program “What’s Up New York” has become appointment viewing for New Yorkers and tourists who are making their weekend plans. Host Alycia Powers looks at unique places, shops, and restaurants throughout the five boroughs. Powers is also a reporter and producer at Inside Edition.

“After growing up in New Hampshire, finding exciting places to visit in New York City has become a personal journey,” said Powers. “I feel connected to the audience because I feel like I’m telling a friend about the cool place I discovered on my way home from work.”

The company has created job opportunities, itself, by hiring and training young producers, directors, and writers. NY2C interns get on-the-job training and have the creative freedom to conceptualize and execute projects with mentorship and guidance from industry professionals.

The company has created job opportunities, itself, by hiring and training young producers, directors, and writers. NY2C interns get on-the-job training and have the creative freedom to conceptualize and execute projects with mentorship and guidance from industry professionals.

NY2C has a stunning library of New York City trivia and hundreds of vignettes from famous places and people to untold stories.

In August 2021, the company launched a new sports podcast titled “On The Call” with Derek Futterman and Joey Rinaldi – two major New York sports fans with polar opposite personalities. Futterman, the buttoned-up sports insider, can rattle off any statistic on cue, whereas Rinaldi shoots from the mouth like he does in his stand-up routines at New York City comedy clubs.

“Our goal is to tell the stories of New York sports in an entertaining way,” said Futterman. “We pride ourselves at going beyond the headlines and introducing unique figures from our area to our audience.”

Two of the most premier play-by-play announcers, Kenny Albert and Wayne Randazzo, have joined the podcast as guests. On The Call also recently got a behind-the -scenes tour of UBS Arena at Belmont Park while construction crews were putting on final touches. UBS Arena is the new home of the New York Islanders. It will officially open on November 20 when the Isles host the Calgary Flames. The new venue is expected to provide a substantial economic boost to the area – something NY2C plans to follow.

“We do this out of a labor of love,” said Frank Lieberman, president and CEO of NY2C Entertainment Corp. “This is a way for us to give back to the city that gives us so much with free content audiences can enjoy and look to as a digital tour guide.”

NY2C plans to livestream comedy, music and competitions at Sour Mouse – a Lower East side club that the company is working to make the ultimate destination for New York City professionals to blow off steam and network after hours.

After more than a year of being sheltered inside during the coronavirus pandemic, audiences are eager for entertainment. But, because they always have a bevy of content at their fingertips, creating the right experience can be difficult. Read More

NEW YORK CITY – People are itching to get back out and one entertainment company believes it has the magic formula to meet high expectations.

After more than a year of being sheltered inside during the coronavirus pandemic, audiences are eager for entertainment. But, because they always have a bevy of content at their fingertips, creating the right experience can be difficult.

That’s where NY2C sees an opportunity. The New York City-centric content creator amasses tens of thousands of viewers every week for its “What’s Up New York” videos that focuses on experiences to enjoy throughout the Big Apple. It aims to take that enthusiasm and bring people together post-pandemic at Sour Mouse at 110 Delancy Street.

“We want this to be a community spot where people can hang out, laugh and make connections,” said Frank Lieberman, president and CEO of NY2C Entertainment Corp.

The production company envisions a live movie set atmosphere, which is Lieberman’s comfort zone. He has produced feature film and TV shows, including the global opening show for the 1988 Korean Olympics. His background is in marketing working with Columbia Pictures, 20th Century Fox and more than 50 Fortune 500 companies.

Sour Mouse will be a family-friendly club. Its standup comedy shows, concerts, magic and competitions will be livestreamed on NY2C’s platforms. NY2C will sign influencers and entertainers for in-person events that will double as exclusive content. This will blend the high entertainment value it is known for with in-person experiences.

The Lower East Side club will also host community and networking events.

“We are so excited to lift the curtain at Sour Mouse,” Lieberman said, adding, “We are doing something that no one in New York City is doing and this is truly a destination spot for people of all backgrounds and ages.”

Sour Mouse is being outfitted to meet the production demands of livestreaming with the quality of network television. NY2C says it will be ready for audiences to enjoy in December.

Just in time for winter’s first snow fall, we’re wrapping up our first all things covered Weekly Roundup. An engaging new show that taps the real day to day operations of NY businesses, events, and venues. In this ever shifting landscape, we expect to have plenty to chat about.

We have a huge collection of fun and interesting multiple choice trivia videos that are as fun to watch as they are to play along with on social media like Facebook. Look out for some awesome giveaways and contests!

No one enjoys moving, but this is an exception. We just moved our headquarters to Forest Hills, with all new studios, green screen rooms, production bays, the works. We’re quite excited.

The internship is based in midtown West in New York City. 67-53 Clyde StreetForest Hills, NY 11375. NY2C is an Entertainment related Web channel that hosts High Quality footage of unique and special landmarks, venues, locations, and events in New York City for tourists and locals looking for interns to start JUNE 2019. We are looking for motivated people (great for college students looking to earn internship credit). In particular, people who are looking for hands on experience in Film editing. Must have some experience with editing software!

***In the Film Editing Department you will be mentored by our head of Editing, and learn how to edit Promotional videos/Vignettes to a beat. The head of editing has worked as an Editor for ABC's 20/20, directed award-winning documentaries for ABC CLOSEUP, directed specials with Peter Jennings, Barbara Walters, Hugh Downs, and Ted Koppel, and directed the prime-time series Our World with Linda Ellerbee and Ray Gandolf. She directed the television movie In The Shadow of Love with Lisa Vidal, Jennifer Dundas and Harvey Fierstein as a co-production of ABC and PBS. Our other editors have been having a great time, and are learning a lot, and I'm not just saying that! We look forward to hearing from you!

We are a fun yet a serious company who want people that are motivated, interested in potentially growing with us and already have experience Filming and Editing. The Producer and Head of this Company is Hollywood Producer Frank Lieberman. We have a mentor for each of our departments.

Intereested? Email us your resume and demo real if you have one to info@ny2c.com